Log in
Who is online?
In total there are 2 users online :: 0 Registered, 0 Hidden and 2 Guests

Test map to show and start debate of difference between diagonal frontline and horizontal (or vertical) frontline.
Diagonal frontlines are obviously longer and would generally be considered harder to defend and better for
attacking fluid games.
However due to the peculiar lack of pythagorean/euclidean distance metric when moving units, things are not
so simple in Advance War square checkered map.
We see here how an AA defends a much longer piece of diagonal frontline than the APPARENTLY analagous
horizontal frontline situation. The red AA attacks many more infantry than the apparently analagous blue AA.
On the other hand a more agressively positioned AA close to the frontline, the blue AA would control up to
2x(6+1)+1= 15 squares of THE horizontal frontline. Whereas if the red AA approaches then the length of
diagonal frontline under control actually remains the same at 8.... It is constant !
Here i am only speaking of the AA coverage of the fontline as his ability to assist his fellows in an extended
push. There are plenty of other factors too. But i think this is a largely unexplored AW theoretical topic
important in mapdesign particularly maps which allow attacking play and not too easy to defend with standoff.

Another factor I find in my games is that vertical/horizontal fronts are easier to defend because, exactly like how you have it in that map, they require an OHKO to break the line moreso than diagonal fronts. Obviously you can make it more/less desirable/convenient to line your meatshields up in a straight line etc. with map design, but I just find that diagonal maps are just more likely to force a "corner" unit (exposed on 2+ sides) like the way your BM infantry are set up because of the natural front location/orientation (obviously).

If your line is less defensible and attacking units from "farther away" (AWBW spaces, not equal "distance") can access more of the front, that makes a double whammy of line-breaking attack potential. In other words, units can consolidate quickly and break a line more easily unless map design hinders that ability.
_________________
To the optimist, the glass is half full.
To the pessimist, the glass is half empty.
To the engineer, the glass is twice as big as it needs to be.

Agreed. It is a great start into something profound for the AW community. I notice that there are no examples of indirect play, as they possess the capacity to break lines and discourage horizontal fronts. I would like to include mention of counterattacks and the influence of terrain and unit type [MP, HP, Matchup & Range] to alter front development and unit positioning. One thought to consider is the number of hits a unit can take before it dies, and the tile one occupies since they remain there after attacking.

If AW was converted to hex tiles, would it improve or worsen the game mechanics? 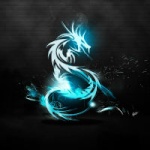 Sometimes that's what consumes most of my thought process when I'm planning my turn out (assuming I do such a thing... I don't always). Usually my goal is to find the max damage possible and determine whether that leaves me in a good position or not, and then back off from there until I find a balance between favorable position and damage done. I never really gave it a term, but attack efficiency is a big part of that consideration.

It's interesting to think how the diagonal vs horizontal front situation is impacted by terrain and how much it impacts attack efficiency. It seems to me that diagonal fronts give you more options in general, meaning you'd have more terrain leeway from a design perspective. You could put up mountains and terrain barriers and allow for more fluid front switching, while horizontal (or vertical) fronts are much more linear. If you hit a wall, you go right or left and then continue along your path. If you want to switch you have to go hard left or right again, since individual points on the front are "further away" (at least from a little distance, as mentioned by Blanci). I see attack efficiency increasing with diagonal fronts as well because of the mobility and the more exposed units, as shown in Blanci's map).

Hex tiles are interesting to consider, and other similar games have used them (I enjoy the comparatively simple Hex Empire quite a bit). In a lot of ways I really like the idea because movement seems more realistic, but it could wreak havoc on gameplay, assuming other things were kept constant. Meatshielding would be so much different because of the number of exposed sides, etc. If we had a hex grid, I think we'd have to redistribute unit power (or cost, or both) to some degree to account for that- a flat wall of infantry in any orientation could still be broken with any 2HKOs, so defense, especially for infantry, might have to increase to account for that. Alternatively, I know some games don't allow units to pass through tiles adjacent to an enemy unit. You can move onto an adjacent tile, but you have to stop there. See Warnet's example here. I hated that rule, but it is realistic and probably a good idea for a more exposed hex grid format. I guess my general thought is "I do like hex grids, but I think other changes would be necessary to make the game equivalently playable and I'm not sure what those would be so I can't really say if it would make the game better or worse."